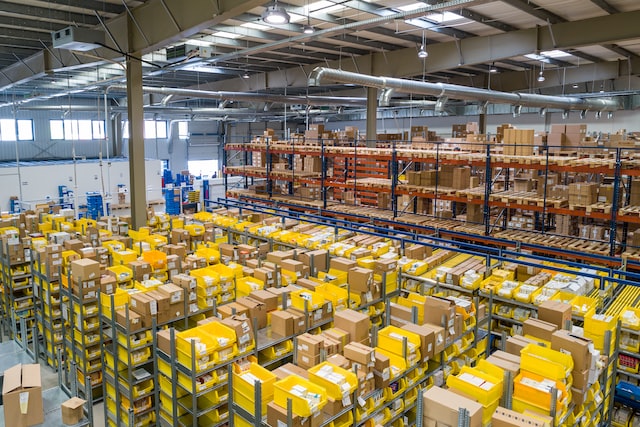 We visited the distribution center in Cividate al Piano, in the province of Bergamo, to understand what Black Friday is like as seen from the side of the world’s largest e-commerce site

Outside is the Po Valley, vast expanses of nothingness lit by the pale sun of an autumn day. Which is no ordinary day, however: it’s Black Friday, when millions of Italians go bargain hunting on computers and smartphones. Many look for them on Amazon, which thirty kilometers from Bergamo opened its tenth Italian distribution center a year ago.

Inside, in a 60,000-square-foot building, no one is running, no one is fidgeting: it’s full of signs indicating how and where to move, following the directions and without climbing stairs two by two. What’s more, for the past few years the special offers on the site have been spread over an entire week or more, so the impact of Black Friday today is not as relevant as it once was.

The robot dance
A distribution center works like this: there are hundreds of square shelves with products, which are lifted and moved by small robots, similar to floor-cleaning robots; depending on the orders, they approach the operators’ stations, then a light illuminates the location where the item to be shipped is located, which is picked up, checked by scanning the bar code, and placed in a container (tote). The container is then transported by conveyor belts to the lower level, where it is emptied and the various products are packed and destined for shipment.

The dance of the yellow pods enclosed in huge enclosure is pure science fiction: silent, precise, moving like endless Tetris, waiting patiently for their turn and then disappearing from view. On the various shelves objects are arranged in random order, washing machine tablets next to computers, shoes next to dolls. Or not, but it doesn’t matter because everyone’s location is recorded in a giant database that is constantly changing.On such a large scale it makes no sense to divide products by categories as in a normal supermarket, and as counterintuitive as it may seem, chaos is the only real order possible. The key word is flexibility, and indeed many stations work both ways, even the storage of goods is random.

The human side
On the lower floor, human intervention is more evident: the product or products must be retrieved from the container and placed in a package, a shipping envelope; computers help choose the box and everything needed for packaging. When the package is ready, another conveyor belt takes it to the truck for shipment. Every movement of the goods is monitored by a control center that looks like that of freeways; and down in the distribution center are miles of conveyor belts.

Usually products ordered on the Amazon site arrive at home in less than 24 hours because each warehouse serves the nearest user base. In case a product is not available locally, however, the order management system searches for it in the other distribution centers, from which it is shipped directly to the buyer.

A curious detail: in Cividate and the other centers that use pods, only small to medium-sized items, at most a laptop computer or video game console, are found; bulkier goods are stored in traditional warehouses, those with large aisles full of shelves. Twelve years ago, when Amazon arrived in Italy, they were all like that; today the logistics have been completely rethought. Last year the e-commerce giant invested more than 4 billion euros in our country (38 percent more than in 2020), a total of 12.6 billion euros since 2010. There were 150 employees then, while today there are 17,000, of which

BGY1, as the center in Cividate al Piano is code-named, employs more than 900 people of 100 nationalities, plus as many seasonal workers, and it is not for nothing that all stations have flags. Around you see many young people, but also some older ones, many girls, several with headscarves. They take turns in eight-hour shifts, from 6 a.m. to 2 p.m., 2 p.m. to 10 p.m., and 10 p.m. to 6 a.m. In the building there is a bright cafeteria, the cafeteria, and even stations for those “going through emotional, family, or social difficulties.” The atmosphere is focused but relaxed, nothing like the frenzy of those who in the same hours are looking for the biggest discount on Amazon. Which is this. 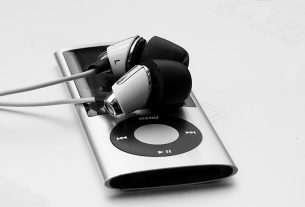 These third-party apps will supercharge your apple music experience